Florence + the Machine adds to Cruella a punk- rock tone 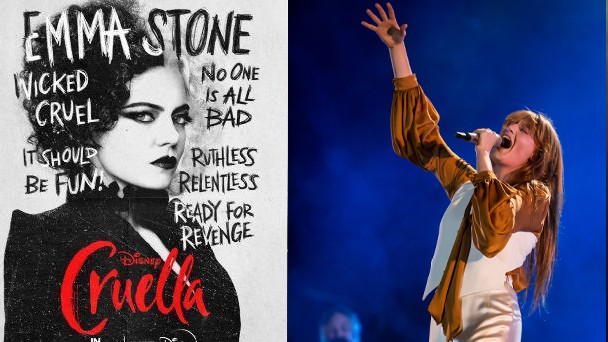 Through its music, Florence + the Machine empowers the character of Cruella. The music, the atmosphere, the outfits, the architecture bring De Vil to life and give Emma Stone the perfect playgroung to show her extraordinary acting skills.

“Call Me Cruella”, the themesong sums up in 2 minutes who Cruella is. Non-conformist original young Cruella embraces who she really is and becomes the worst version of herself.

Watch the movie and listen to the song to understand why De Vil became Cruella…. the Criminal we love to hate.

Séverine has always been a movies lover. After studying film and media both in Paris, France and in California (UCSB), she became a videomaker. Fan of visual images, she co-created HolaHollywood with Dulce Osuna, where she can give substance to her thirst for film and TV.